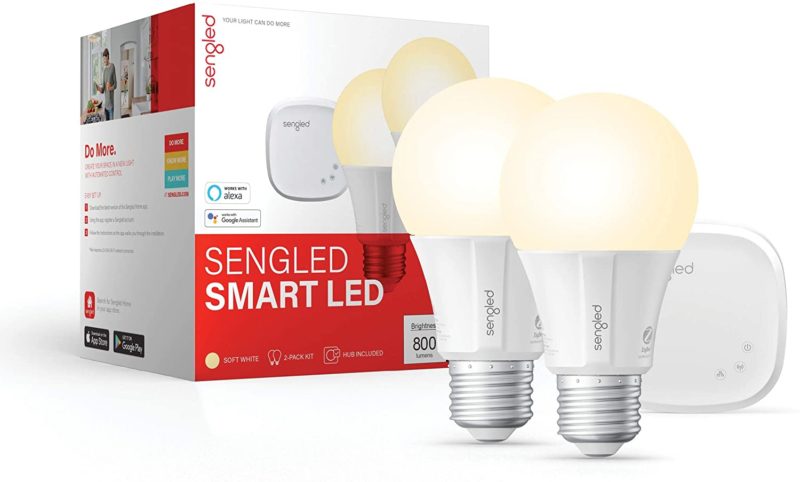 The smart light market is currently worth over $8.5 billion and is growing over 22% each year. With new products, apps, and integrations available every day, it is important for smart light manufacturers to create amazing customer experiences to get consumers to buy and repurchase bulbs.

So when Sengled needed to test a new smartbulb model prior to public release, it was important to select the right beta testing partner. Sengled turned to BetaTesting due to our ability to handle logistics, shipping, and multi-week tests with a community of targeted real-world users.

BetaTesting helped Sengled get their smartbulb in the hands of real-world testers to provide feedback on the user experience, bugs, and integrations with other devices.

Sengled bulbs were shipped to over 100 testers across the US, selected based on a series of screening criteria, such as their previous experience with IoT products and whether they had a Google Home or Amazon Alexa product in their homes. Testers agreed to test the bulbs for a month, and were guided through a series of tasks and surveys to collect their feedback each week.

First, testers were asked to share their feedback about the packaging, unboxing, and setup experience. This included installing the bulb and connecting it to wifi, and completing the setup process through  the Sengled app.

Through this process, Sengled received valuable insights into several specific technical issues affecting customers during the setup process. At times, bulbs were not connecting to certain routers and wifi networks, and users were confused at certain points of the onboarding process.

Finding and correcting these issues before launch proved very valuable. Even one or two small improvements early in the setup process can lead to significant decreases in returns and support costs, and increases in customer satisfaction when the product is live.

“The BetaTesting team and their beta testers have passion in new products, and were willing to work with our special requests. We’ve been very fortunate to work with this group. And certainly hope to work with Beta Testing group in the future.” said Sengled Product Manager Robert Tang.

As the month-long test continued, Sengled’s team worked with BetaTesting to design new surveys to test various features of the app and bulb: dimming, power reset, creating schedules and scenes, and more.  Sengled was able to collect qualitative and quantitative feedback about which features used loved, where there was confusion in the app’s user flow, and much more.

For example, one important feature that was tested was the voice control option through Google Home and Amazon Alexa. Sengled was able to collect hundreds of voice commands and feedback from testers about the voice control experience, and which phrases Google or Alexa understood.

Through the BetaTesting summary reports, Sengled received segmented analysis of Google users versus Amazon users, and how each group perceived the product after using voice commands in their home for weeks.

Sengled also received over 60 bug reports during the test, detailing issues related to connectivity, creating an account, app design, bulbs not working correctly, and much more. Each bug report included the device and operating system of the tester, and many had photos and videos to make it easy to understand the issue and let Sengled’s development team address them quickly.

Sengled found that the new features they had created for this product, such as the ability to setup light schedules and use voice controls, were extremely popular with users. The net promoter scores for the product were very high and Sengled received a range of feedback to continue improving their bulbs for the future.

Head of Customer Experience at Betatesting.com

Getting Started with Flutter SDK to Build Native Android and iOS Apps
September 18, 2018