You are here:
StartupsUser Experience 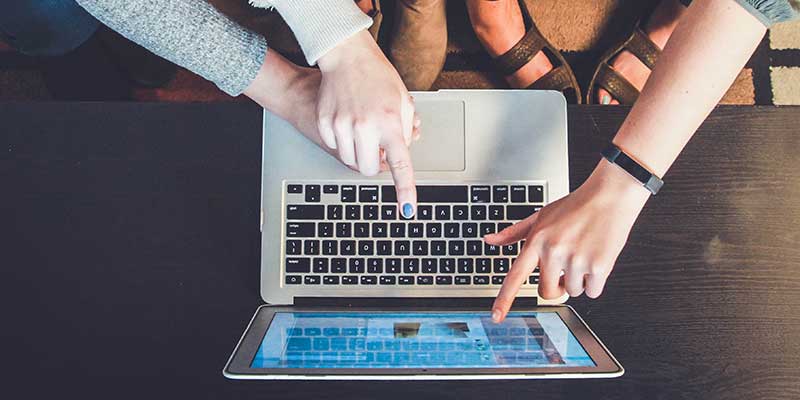 Whether you’re a startup or a mature corporation, you should user-test new features and UI designs. Sometimes design testing will end in failure, but you can learn from your mistakes, as well as others’. Here are some lessons learned from real-life design testing failures.

When you redesign your product, you do it to satisfy your users in a way that meets your business goals. If you fall short, it could cost you. So it pays to test your new features and UI designs with some of your users before rolling those changes out to the whole world.

You’ll find, however, that design tests often fail—meaning that your new design didn’t perform better than the old one.

Here are some real-life examples of design test failures and lessons-learned from two companies: a startup you may have never heard of, and a juggernaut that you definitely have heard of.

The startup experimented with different design and content tweaks. The changes included color and copy choices on website pages and subject-line text choices on marketing emails.

The changes Groove experimented with were not random ideas. They came from conventional wisdom and credible sources who found legitimate success employing similar changes. All sounded promising.

Most of them failed.

Sometimes you test out that new design you think will work better… and it works just about the same as the old design. It’s not a spectacular failure, it’s just “meh.”

Groove’s design testing included trying out different colors on call-to-action buttons, and listing prices in different suggested forms (e.g., “$15” vs. “14.99”). Groove tested these and other types of design variations, but often found the results to be inconclusive.

When an individual test has neutral result, it can be difficult to draw any meaningful conclusion.

For Groove, lessons arose from the aggregate of their design testing efforts.

[…] one of the most important lessons we’ve learned as a business is that big, long-term results don’t come from tactical tests; they come from doing the hard work of research, customer development and making big shifts in messaging, positioning and strategy.

Then A/B testing can help you optimize your already validated approach.

Netflix had an idea for a new feature to add to their home page that would increase new user sign-ups.

The folks at Netflix are experts at A/B testing, so naturally they A/B tested their new design before rolling it out to the whole world.

Undeterred, the product design team created variations on design and approach for the new feature. Over the course of a year they tried these variations out in four additional A/B tests.

The feature in question: allow potential users to browse Netflix’s catalog of movie and TV offerings before signing up.

Netflix had very strong evidence to believe this feature would increase user sign-ups. Users were requesting the feature in significant numbers. The design team liked the idea, too. It made a ton of sense.

Allowing potential subscribers to see what Netflix had to offer? At its core, this was still a good idea. But the “browse” feature was the wrong approach.

Part of the reason for this, the team learned, was that to really see what Netflix has to offer, you have to actually use Netflix. The customized experience of the service is the key, and that experience is not captured by impersonally browsing the media catalog.

The barrier to entry for potential users was already low: a free one-month trial. So the goal of the Netflix homepage should be to direct potential users to the free trial. The browse feature, in all of its incarnations, was actually a distraction from the conversion goal, no matter how it was designed.

In the end, a static background image that gave users an impression of Netflix’s breadth of offerings was better than a full-fledged browse feature. And directing visitors’ focus toward the free-trial sign-up was far more effective.

As Product Designer Anna Blaylock said about the string of tests: “The test may have failed five times, but we got smarter five times.”

Design testing: Better to try than not try

All in all, testing designs before rolling them out to all your users is wise, and relatively inexpensive:

3 Ways to Screw Up Your MVP After Its Release
October 4, 2018
About BetaTesting