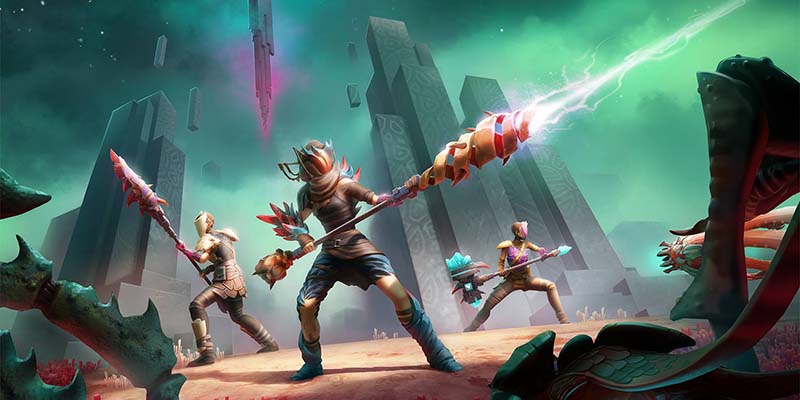 Clicking the button to officially launch a game to the public is a thrilling and high-stakes moment for every game developer – especially in the age of instant consumer feedback. For apps and games launching into public marketplaces like the App Store, Play Store, and Steam, poor reviews and ratings can quickly wreak havoc on your brand and have a long-lasting impact that can be difficult to overcome. It’s important to get it right the first time, and this is never more true than with a new brand’s first major release.

So when Montréal-based Nvizzio Creations set out to launch their first self-published game through Steam, they planned a thorough beta testing phase prior to their official Early Access launch date, and partnered with BetaTesting for remote multiplayer game tests with real gamers.

“Player feedback is vital to any game, but even more so with a multiplayer experience,” said Brent Ellison, Game Designer.

“It was important for us to see how people received the game in their home environment,” said Kim Pasquin, General Manager at Nvizzio Creations. “We simply knew we did not have the capability in house to see how the product would react with 100+ people playing together. Getting data from our real world users was something we really wanted to do before launching the game.”

When choosing a beta testing partner, a key factor for Nvizzio was the ability for BetaTesting to recruit the right candidates for the test. “Finding candidates that would potentially be interested in our product in the real world and getting their feedback and data was our principal decision factor,” said Pasquin.

When the test was complete, the results proved immediately helpful.

“Working with BetaTesting was fantastic and the test was very useful,” said Pasquin. “During beta testing, we uncovered several technical issues with the game. We discovered lag, ping and server connection issues that we did not experience during in-house testing with high-end computers. Getting testing candidates with real-world equipment was invaluable to us.”

“The results allowed us to greatly improve the game. We were able to fix most of our technical issues. We also tested those fixes with a second test where players saw huge improvements,” said Pasquin.

The Early Access launch has proved incredibly successful to date, with a “Very Positive” rating and close to 90% of users recommending the game. With continued player feedback and ongoing development, the future is bright for Eden Rising.

“Not only are we stepping into self-publishing for the very first time, but we have worked hard to create something truly special. I believe players will love the co-op experience we have created in this lush, vivid world.” said Jeff Giasson, President of The Wall Productions.

Michael is Founder and Head of Product at BetaTesting.com, where he spends his days developing new tools for beta testing and UX research, and working directly with customers as they design and execute their campaigns.