4 Reasons NOT to Use Polished Prototypes in Early Usability Testing 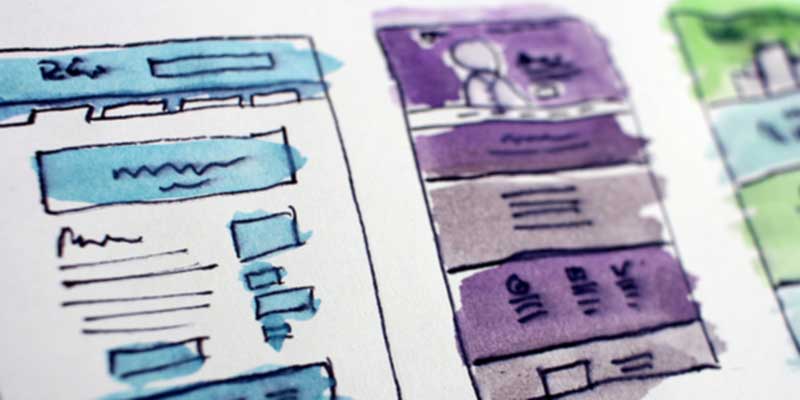 Your usability testing might be negatively affected by an overly polished prototype.

In our current age of prototyping tools, it’s cheaper and easier than ever to create beautiful, clickable prototypes for usability testing. It is now feasible to sit your very first usability test participants in front of a fully interactive prototype that looks and acts like a finished product. You may be tempted to do just that… but there are reasons why you shouldn’t.

Here are four ways finished-looking prototypes may be harmful to your early-project usability testing.

If a highly aesthetic design is alcohol, then the aesthetic-usability effect is “beer goggles”. Or, as Lidwell, Holden, and Butler stated more intelligently in Universal Principles of Design:

An aesthetically pleasing design makes people feel more positively about your product and consequently have a higher tolerance for design issues. This psychological effect is great news for when you start selling your shiny final product, but may mask usability issues and feedback in the meantime.

Testing with a lower-fidelity prototype—which would presumably be less intoxicatingly beautiful than your final product—may help reduce the mismatch between how your users perform with the product and what they say about it.

2) Root causes of issues are harder to determine

If you jump right to a hi-fi prototype for your initial user testing, it becomes more difficult to determine what impact your surface visual design is having on usability.

By running usability tests on lower-fidelity prototypes first, you can establish a usability baseline. From there, you can more accurately determine where the final visual design is helping or harming usability. Did the final design draw more attention to important information that users were occasionally missing? Did the final design make the buttons look less like buttons to your users? The answers to such questions will be clearer if you have a lower-fi usability baseline to compare to.

Your finished-looking prototype may be causing your users to hold back. A long-held tenet of usability testing is to use a prototype that intentionally looks a little rough.

As simply stated in The Wiley Handbook of Human Computer Interaction, “users are less likely to provide useful feedback if the design already looks finished.”

Reasons for this include:

You can (and should) inform your testers that the product they are testing is unfinished and that their feedback will be helpful in improving it. But such instruction will not completely overcome users’ conscious and subconscious tendencies when faced with a fully-polished design.

4) You’re distracting from your mission

You need to get the most out of the usability testing you have available to you. In any test session, you have a targeted set of things you want to accomplish and a limited amount of time to do it.

For an effective test, you need users to be able to focus on the parts you actually want to test, not distracted by elements that are superfluous at the time.

In early testing, you want to establish whether the skeleton of your design and the primary interactions are going to work. Extraneous visual design, text, and images have the potential to distract from the mission and become the subject of the feedback you receive from users.

If you get the skeleton working well first, you can more effectively test the skin later.

When preparing your product for test, your goals should be different depending on what kind of testing you’re preparing for.

Going into beta testing, for example, you typically want your test product to be as complete and close to market-ready as you feasibly can make it.

When preparing for early usability testing, however, there are reasons why you don’t want the product to look quite so polished—even if it’s relatively easy to whip up high-fidelity, finished-looking prototypes.